There’s no denying that Google Translate has been an immense help in our everyday lives, especially in cross-cultural interactions. But it has never been able to translate spoken conversations on the spot — until now. Introducing Transcribe, a new feature launched by the multilingual machine that gives people the ability to translate and transcribe audio in real time.

Over the next few days, the app will support any translations between the following eight languages: English, French, German, Hindi, Portuguese, Russian, Spanish and Thai.

To access the app, simply download or update the Google Translate app, hit on the ‘Transcribe’ option on the home screen and select the source and target languages from the language dropdown at the top. Pause or restart the transcription by tapping on the mic icon. Under the settings menu, you can also see the original transcript, change the text size or switch to dark mode for easy viewing. 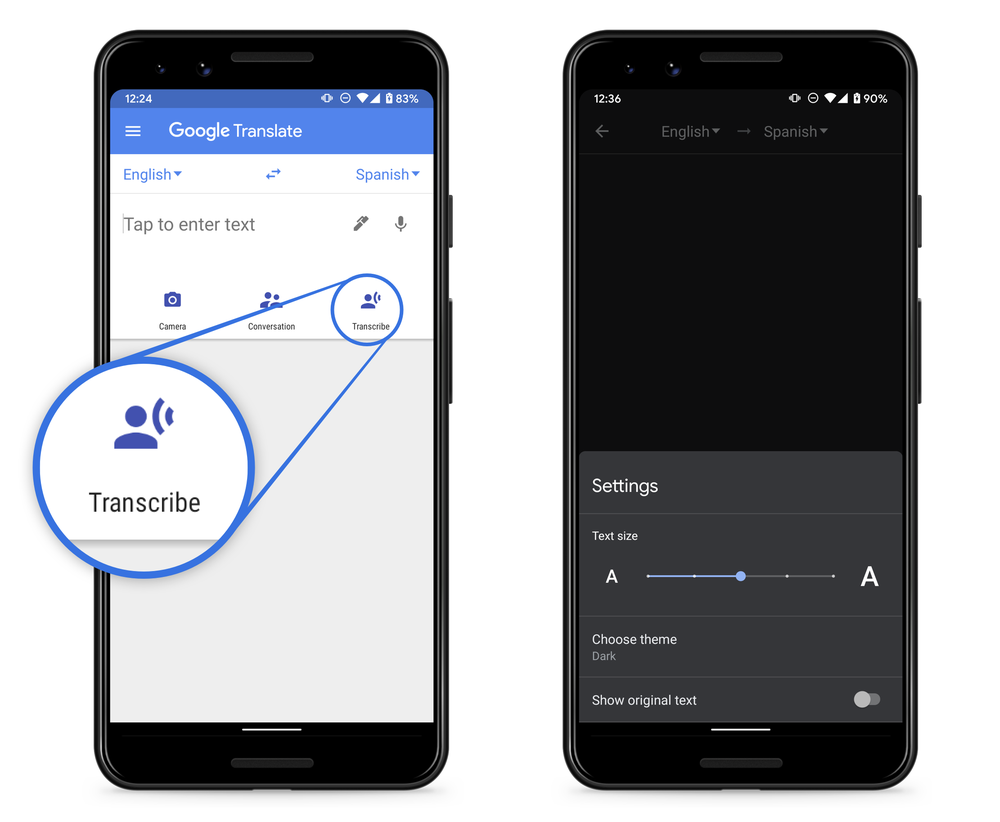 Right now, the feature is only available on Android devices, but according to Google, there are plans to launch it in iOS in future. It’ll also work best in a quiet environment with one person speaking at a time — great if you’re lost in translation with a stranger or listening to a lecture over video conference.